For many years, about once a year, I would find myself facing what I call an “ethnic identity crisis” — specifically, a feeling of being confused about who I was ethno-culturally. In these moments, I would ask myself, “Who am I?” And I didn’t know the answer.

My crisis was usually triggered by a feeling of disconnection from the people I was spending most of my time with, whether that was mostly White people through my work (given that I was, and still am, working in a largely homogeneous corporate world) or mostly South Asian people (the ethno-culture of my parents).

Luckily, this now happens to me only occasionally, and when it does, I know what to do. I call my sister Komal, who knows that I need a listening ear while I share my confusion and hurt. In talking out how I’m feeling, I’m able to exhale — because I realize something that gives me great comfort: that I’m a mishmash of cultures, and that’s perfectly fine.

But it took me a long time to get there.

I grew up in a household run by my Punjabi parents, who immigrated from India in the early 1970s. While my siblings and I were born in a very multicultural neighborhood, when I was eleven, my parents moved us to what I jokingly refer to as the “whitest neighborhood they could find.” They could have moved us to where most of their Punjabi friends lived, but they believed that moving to a White neighborhood would benefit us by teaching us to shift cultural codes, giving us access to more powerful networks, and providing us with a better education.

They weren’t wrong about the benefits, but this also meant growing up around mostly White kids as one of the only Brown kids in my school. I was immersed in White culture at school and at play, and I also experienced extensive racist bullying. Both of these experiences were very challenging. My ethno-cultural differences were vilified — the direct and indirect message was that being Brown was “bad.” So I learned to mask and change aspects of my identity that attracted racism.

I constantly felt like a “loser” and desperately wanted to fit in with my White peers. I would beg my parents to allow me to do the things that my White peers were doing, like going on sleepovers, staying out late, and dating boys. But my parents, who themselves were still adjusting to life as new Canadians, struggled with how to raise us and how much autonomy to give us. In fact, they oscillated between moments of being relaxed and hip (“Have all your friends over anytime you want!”) and being excruciatingly strict.

I also received mixed messages about when it was okay to act “Canadian” versus when I had to adhere to Punjabi ways of behaving. For example, as a kid I was (and still am, proudly!) loud, boisterous, extroverted, and feisty. I was rewarded for this behavior at school and with my peers. But this behavior at home attracted all kinds of negative discipline even thought it was, in part, the reason I was excelling academically at school. To say that I was culturally confused would be an understatement. I eventually found myself railing against Punjabi culture (for example, I deliberately avoided making friends with other Indian kids). I didn’t want to be Punjabi and didn’t see myself as such.

The moments when I felt the best about who I was happened when I was surrounded by friends from other recent immigrant communities, other kids of color in particular (mostly West Indian kids). I felt connected to them because they too were experiencing what I was going through, and there was a similar spirit to Punjabi culture of family-centeredness, community, spirituality, music, and food. But I knew I was just a guest in those communities no matter how much I was drawn to them.

All of this to say that starting from a young age, I felt like an outsider. And this feeling stayed with me throughout my twenties, and even into my thirties.

Teaching about culture and inclusion for a living has helped me to develop a clear understanding of what was happening to me as a child and even as an adult: a struggle to find belonging.

In researching the experience of belonging for The Authenticity Principle, I learned that we all crave belonging as humans — it’s as natural as breathing. As animals, human beings are a tribal species, and we want to feel like we’re truly part of a group. But for me, growing up feeling like an outsider in a number of cultures (including being othered and bullied by some), thwarted that basic feeling of belonging, and sometimes still does.

Thankfully, after many years, I’ve developed a different approach to how I view belonging, which has helped me to feel more grounded in how I self-identify. I’ve learned that belonging doesn’t have to be viewed in a binary way — and that for most of us, an “I’m either X or Y” way of thinking simply won’t work.

I know now that don’t have to identify as 100% Canadian, 100% Punjabi, or 100% anything — it’s ok to be a mishmash. And, in fact, being a mishmash of cultural identities is beautiful.

There are aspects of several cultures that I feel connected to, and it’s in those aspects that I focus my attention and find my sense of belonging. I find these moments in many different places. For example, I can be on a train in India and feel profoundly that I’m with my people. I can also be at a bhangra jam with amazing music and dear friends and feel profoundly that I’m with my people. Or I can be watching a Team Canada hockey game and be bursting with joy (ok, I’ll admit that I only watch gold medal hockey games, but still!). There are countless situations that I feel truly comfortable and authentic in, and when I recognize that feeling, I know that’s what true belonging is.

At the end of the day, choosing the aspects of the cultures that I want to embody and that work for me is how I find my belonging. Mostly, I identify as a woman of color, because the impact of my gender and racial identity has been instrumental in shaping who I am.

If you grew up across cultures, perhaps this is resonating with you. If so, it might be interesting to investigate your own cultural confusion. Ask yourself the following questions:

PrevPreviousUncover Your Authentic Self with This Simple Exercise
NextIndian Daughters, It’s Time to Stop Living for Your ParentsNext 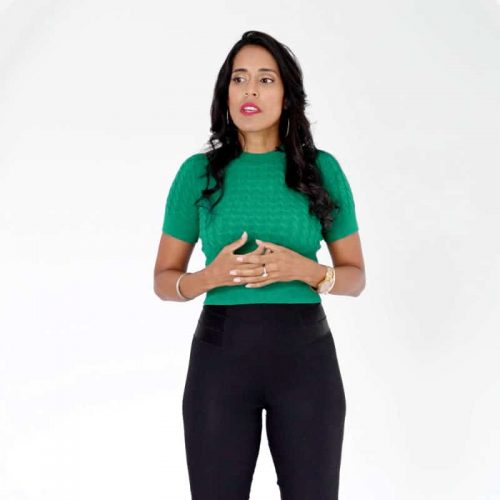 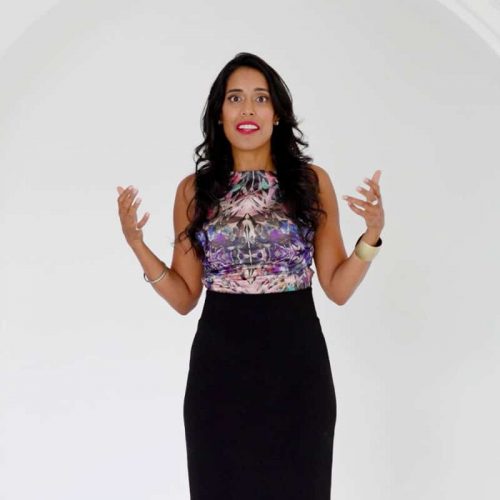 Video
It Can Be a Struggle to Understand Your Cultural Identity 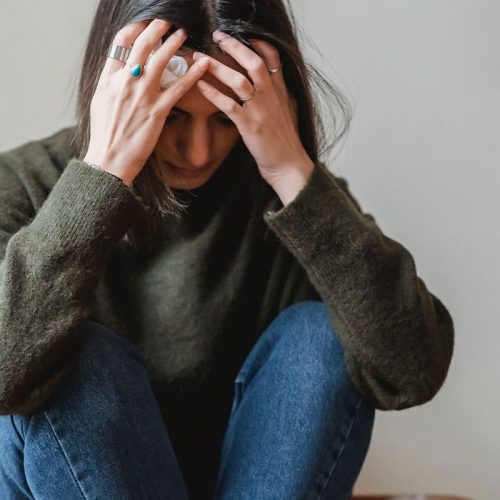 Video
Help! I Have a Racist Family

Video
It Can Be a Struggle to Understand Your Cultural Identity 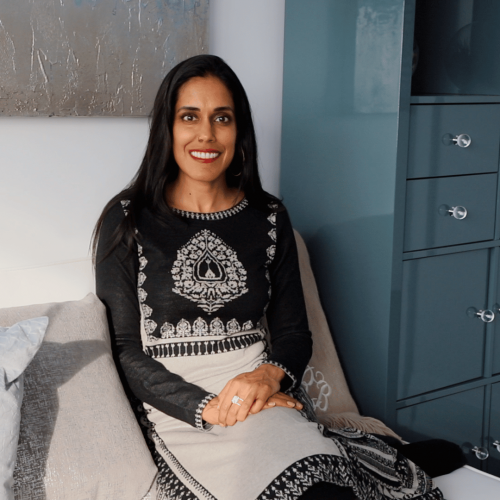 Video
Help! I Have a Hard to Pronounce Name 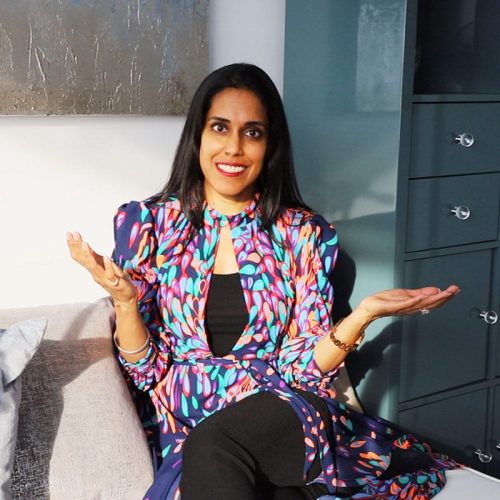 Video
Confused About Your Cultural Identity? Here’s What You Can Do 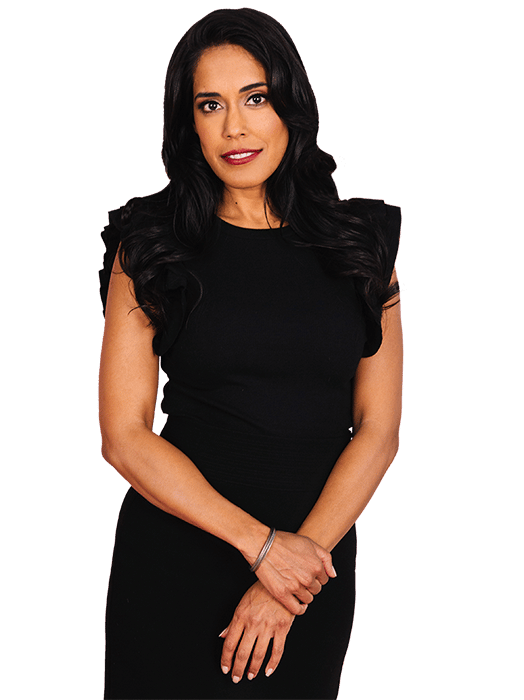